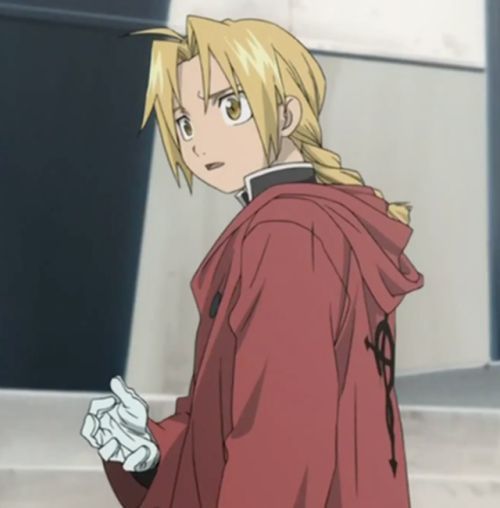 Full metal alchemist is one of the most top viewed anime / manga series of all time. It’s main protagonist is Edward Elric, who is also known by the name “Ed”. People also call him Full metal alchemist. He was trying to revive his mother in a Human Transmutation attempt but failed the reaction and he lost a leg and an arm. He became the youngest state level alchemist in history when he received his certification just at the mere age of 12.

Later he devotes his life in the search of the “philosophers stone”. It is mysterious stone which legends say can bring back the body of the people who lost their bodies while attempting human transmutation. He searches the stone not for himself but for his younger brother Alphonse Elric who lost his whole body after the human transmutation attempt. His rank is high despite his age which his very young, he is a major. He uses Automail which is artificial arms and legs and fights well with that. He uses alchemy as his main weapon. He is also highly intelligent.

Though he is 15 – 16 years old during the series but he height is short, and he goes on a rampage if anyone mentions it. He is less than 150 cm tall. The color of his hair is golden blond and it is long. He styles it in a way that the braids hand up to his shoulder height. On the frontal side, he parts his hair from the middle. His iconic style is that he leaves a single strand of his hair upright like an antenna. He wears black inside his jacket so that people won’t see the oil from his artificial automail. His eyes are also golden in colour. His jacket is long and red, like a cloak. Below, he prefers to wear black trousers.

Edward Elric is immature and angry from the outside, he does not suffer fools. He is as stubborn he can get. He is somewhat selfish and self centered and his ego is high, but he does everything for his brother. He does not like authorities and officers and is hostile to them. He is also short tempered. But for a few people who are important to him, he shows selflessness, compassion, loyalty. He understands other people’s pain because he suffered it at such a young age.

His main ability is his Combat Alchemy, Edward Elric has passed through the gate and witnessed the truth, so he is one the very few who don’ require a transmutation circle to perform alchemy, he can do it just by pressing the palm of his hands together. This allows his alchemy to be instant, dangerous, versatile and to be able to use it to the maximum potential.

Edward helds the rank of Major at just 12 years old.

Edward can use both left and right hands efficiently