How Someone Else’s Negligence Can Harm You 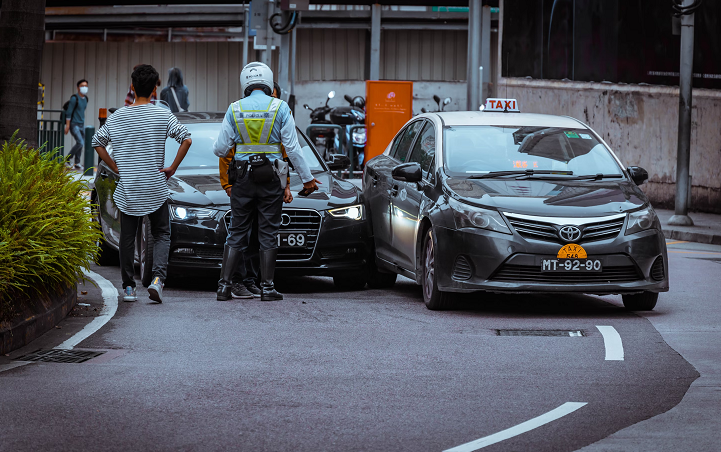 Negligence is a tort in which one person’s careless behavior injures another. Negligence is the basis for most lawsuits and can occur on private and public land. If you’re hurt because of someone else’s negligence, you may be able to sue for compensation for medical bills and other losses.

Negligence can occur in many ways and at any time. For example, you could be walking down the street and someone driving by takes their eyes off traffic for just long enough for their car to hit you. This may not be intentional, but it’s still negligence because the driver did not take proper care when driving his or her car against traffic laws for him/her to avoid hitting another pedestrian such as yourself.

The same concept applies if the water supply to your house or area is contaminated by the negligence of industries or water suppliers. In such cases, you can file a lawsuit to get compensation for your damages.

The same happened in Camp Lejeune. Veterans and their families stationed at Camp Lejeune between August 1953 and December 1987 were supplied with contaminated water, which led to several health issues.

If someone else’s negligence causes you harm, you can sue them for damages. This means you can seek compensation for the injuries and losses caused by their actions or inaction. You may be able to recover money for medical expenses, lost wages, pain and suffering, emotional distress (if applicable), loss of consortium (if your spouse was injured or killed), attorneys’ fees, court costs, and other consequential damages (any losses that resulted from their negligence).

The amount of money awarded will depend on many factors, including:

If you or your loved one was stationed there, you could file a Camp Lejeune Contaminated Water Lawsuit for compensation. Similarly, you can sue the other party for any negligence that caused you damage.

How to Win a Negligence Case

If you are the victim of someone else’s negligence, it is important to understand how to win a negligence case. To win your case, you will need to prove that:

It is best to hire professional services to win the case. An attorney will have all the required knowledge and expertise to help you file the lawsuit, collect evidence, and navigate the entire process. This will simplify a complicated process and help you win the case quickly.

There are four main categories of negligence:

Gross negligence is a legal term that describes someone doing something so careless. It’s like they don’t even care about the consequences. For example, if you’re driving and you see a pedestrian walking across the street, and you hit them because you were texting while driving, that would be gross negligence because it was such an obvious risk.

Contributory negligence is a legal doctrine that says if you’re partially responsible for your injuries, you can’t collect damages from whoever else was responsible for those injuries. For example: If you were to fall down the stairs and break your leg, and it turned out that there were no handrails on the stairs and that was the reason why you fell, then your claim against the property owner would be reduced by your negligence in not having taken steps to ensure that there were handrails on the stairs.

Comparative negligence is a legal principle that says if two parties are both at fault for an accident, the amount of liability each party should bear will be reduced based on how much blame can be attributed to each.

For example, say you’re walking down the street, and a car hits you. You’re injured as a result of the accident. The driver of the car is at fault for hitting you, but if you were crossing against the light and were partially or wholly responsible for the accident, then they would only be liable for your injuries up to the point where they were legally obligated to keep you safe.

Vicarious liability is when one person or entity is held responsible for the actions of another. For example, let’s say you’re driving down the street and you see a man in front of you run out into the road. You slam on your brakes and narrowly avoid hitting him. He falls to the ground and breaks his leg.

You did not intentionally cause him to fall, but he may sue you for damages because he was hurt in front of your car. This is vicarious liability: his being injured by your car resulted from something that happened while he was in front of it, so even though you didn’t do anything wrong, legally speaking, his injury was caused by something related to your actions.

As you can see, negligence can be a big problem. It can cause severe injuries and other harm to individuals affected by it. You may think that you’re not at risk of being harmed by someone else’s negligence, but the truth is that anyone can be affected by negligent behavior. So whether or not you think this could happen to you, it’s essential to know how negligence could affect others around us.

While accidents happen sometimes and cannot always be prevented, that doesn’t mean we should ignore the possibility of being harmed by another person’s carelessness when driving cars or swimming in public pools. Understanding how negligence affects others and ourselves will hopefully teach future generations why they need to take responsibility for their actions, so no one gets hurt unnecessarily!

Common Causes of Truck Accidents That Everyone Should Know About

Why you should get a legal proofreader