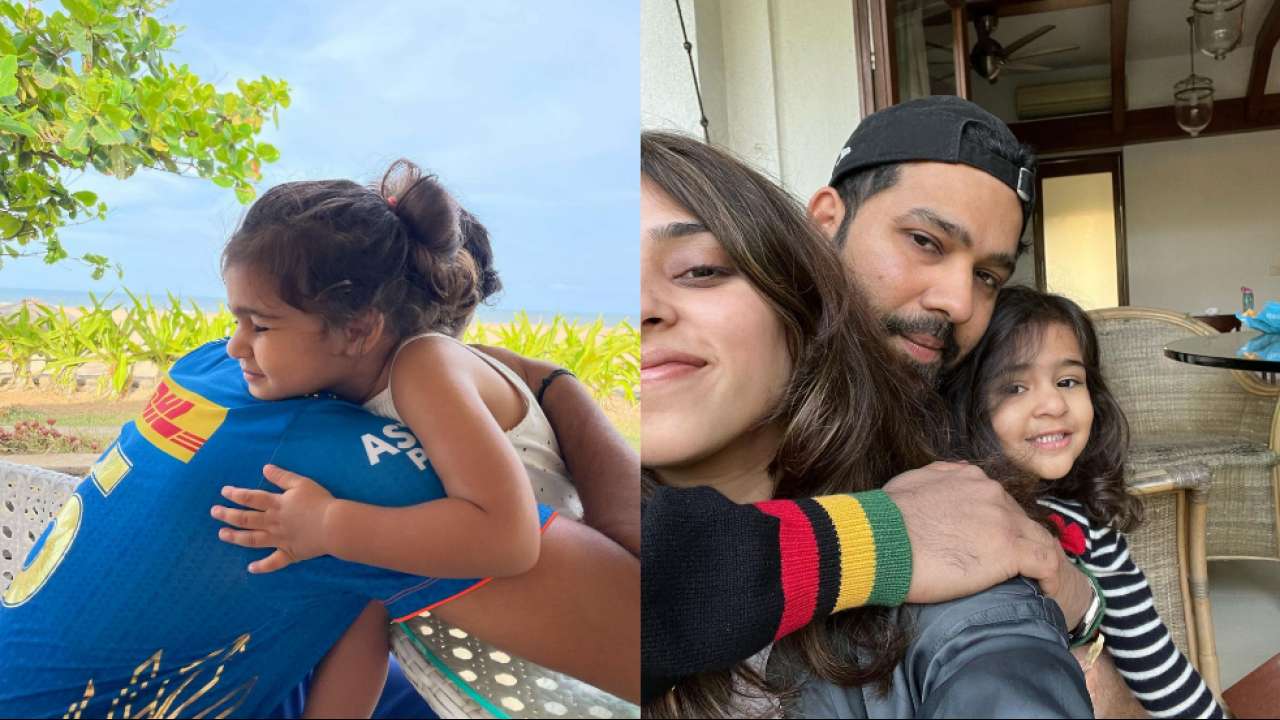 Ritika Sajdeh is an Indian sports manager and the wife of Indian cricketer and current Indian Captain Rohit Sharma. She has been managing sporting engagements for Cornerstone Sport & Entertainment, the management company owned by her first cousin Bunty Sachdeva, since its inception. She was the first person to join the company when it was first established.

Ritika Sajdeh was born on December 21, 1987 to Bobby and Tina Sajdeh. She has a brother named Kunal Sajdeh who is a Business Development Consultant and currently serves as the manager of IMG Reliance Pvt. Ltd. Her hobbies include travelling and water sports. She is very fond of dogs and often posts pictures with her pets. Her age is 34 years.

Ritika Sajdeh is a very good-looking lady. She has a very good physique and seems to be very fit. She stands at a height of around 5 feet 3 inches and has a weight of around 55 kgs. Her eye colour is black and her hair colour is also black. Her body measurements are 32-26-32. She looks very good as a couple with cricketer Rohit Sharma.

Ritika Sajdeh and Rohit Sharma share a very good and understanding relationship together. Six year into the relationship, on April 28, 2015, Rohit Sharma reportedly drove Ritika Sajdeh to Borivali sports club ground, where he first started playing competitively at the age of 11, and proposed to her with a solitaire ring. They got engaged on June 3, 2015 and subsequently got married on December 13, 2015 at Mumbai’s Taj Lands Hotel in Bandra (West).

The ceremony was attended by a host of famous people from sports, Bollywood, business and politics.

As they share a very good bond together and love each other very much, Ritika and Rohit were blessed with a baby girl on 30 December 2018. It was after 3 years of their marriage that they were blesses with a baby girl whom they have named as Samaira Sharma.

Ritika Sajdeh is a sports manager who has done good in her field. She managed sporting events with her cousin’s company named Cornerstone Sport & Entertainment. Ritika was the first person to join the company when it was first established. She has been working there ever since and has become an integral part of the company. Her cousin, who knew Rohit for ten years prior to their marriage, was instrumental in their first meeting. She now manages her husband as well and accompanies him in his sports tours around the world. Another Indian international cricket player, Yuvraj Singh, is her rakhi-brother.

There are no specific details about her earnings and salary as of now. However, taking into consideration her sports management career she might have accumulated a good net worth of about 1.5 million dollars. Her husband Rohit Sharma is the current Indian captain and he also earns a very good amount of money from the game and endorsement he does. He is estimated to be worth around $30 million, which shows that the family is leading a very comfortable and luxurious life.